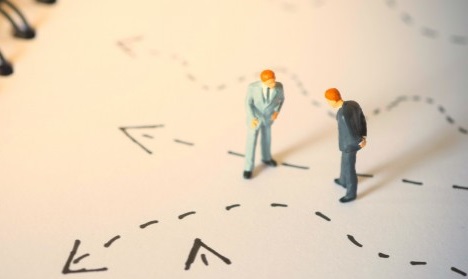 Silent. That was the sign Aguiyimade, when he placed his scrawnyindex finger over his large, darkened lips.

‘‘This is a holy place,’’ he muttered, looking back at us as we trailed behind him obediently like lambs.” This place abhors noise in all its forms. You don’t talk loudly here; you mumble.’’

And so, we made our way through the thicket in silence, the rustle of our feet against the fallen dry leaves being the only soundthat was heard.

The night was eerily dark, and, if not for the dullillumination cast by the crescent atop the sky, we would’ve been groping for our way in the dark.

Not far from us, now stood what looked like a cave. Aguiyi stopped abruptly and looked back at us.

‘‘Remember, you’re at a holy place,’’ he reminded us. ‘‘Once we get to the entrance of the Holy Temple ofUdudo(The Spider), you remove your footwear.’’

We nodded in obedience, even though he might not have seen our reaction. But he assumed we did, anyway, for he kept on trudging,while we followed.

We reached the mouth of the cave and stepped out of our footwear. A floodlight of flames then simultaneously illuminated the entire interior of the cave, as we walked in. Great trepidation overwhelmed us. The flames flickered and crackled from the torches fixed in the apertures on the walls of the cave.

A midget in dreadlocks was backing us.We were standing before an altar with spider web designs.The symbol of Ududo formed a motif on the entire wall. His torso was bare, and his back gleamed from the reflection of the orange flames from the torches.

The entire cave reeked of muskiness and rodent droppings. I felt the impulse to turn and run back to where I came from.Could I go through this initiation for the sake of protection, power and fame? I looked at my cohorts and they, too, looked petrified.

When the midget turned, Aguiyi walked over to him and they shook hands, speaking incoherently and laughing a throaty laugh, like the sounds of a million frogs.

The midget turned to us and motioned to the far end of the wall. There were 11 goat-skin mats in that section of thecave.It was exactly the samenumber as we supplicants, who came here.

When we were seated, he raised a pair of scissors and said, ‘‘Whatever you see or hear today must be kept secret. I will cut the life of any defaulter into two with these scissors.’’ He snipped the toolin the air to show how he would do it.

Then, seeing how petrified we were, he added, ‘‘You want to have the world in your arms? Then, all you need to do now is to watch and listen.’’

And so, we sat on our individual mats, doing what he instructed we should do — listen.